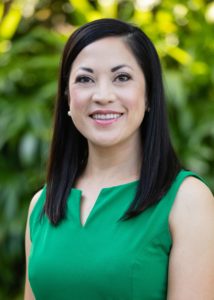 Alexandra Chase has been a member of the Junior League of the Palm Beaches for seven years. Most recently, she has served on the board as Secretary and At-Large Board Member. Prior to joining the board, Alex served for two years as a committee member and two years as co-chair of the Nelle Smith committee, where she loved the relationships she formed with the residents. Alex’s desire to serve with the Junior League was sparked early in her childhood, when her mother was the first president of the organization that would later become the Junior League of Northwest Arkansas. Alex’s continued love for the League is fueled by the unique combination of service to the community and empowerment of women that the Junior League embodies.

Alex is a federal prosecutor in West Palm Beach, where she lives with her husband and son. Alex received her B.A. in economics from Hendrix College and her J.D. from Vanderbilt University. After graduating law school, Alex served as a law clerk for the Honorable Thomas W. Phillips, U.S. District Judge for the Eastern District of Tennessee, for two years. She has been a federal prosecutor for over ten years. She has successfully prosecuted a wide variety of crimes, including health care fraud, drug trafficking, child pornography, and identity theft.

In addition to her service on the Junior League, Alex recently completed several years of service on the Board of the Friends of the Mandel Public Library.