The Junior League of the Palm Beaches believes that women as well-trained volunteers can strengthen and transform communities. Since our founding in 1941, JLPB has helped establish numerous community initiatives and organizations that have had a lasting impact on Palm Beach County. 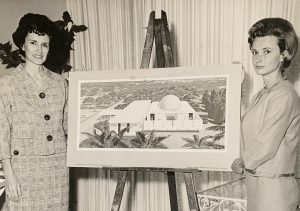 1964 proposed planetarium addition to the Junior Museum of Palm Beach County, later renamed to the South Florida Science Museum and now known as the Cox Science Center and Aquarium. Renderings were provided by Grafton Skeele and Burnham Architects.

One of JLPB’s first major initiatives was founding the South Florida Science Museum in 1959, now known as the Cox Science Center and Aquarium. The first wing opened in 1961, followed by the addition of a planetarium in 1964. Today, the museum is a strong and viable part of the community. Its mission is to “Open Every Mind to Science.” 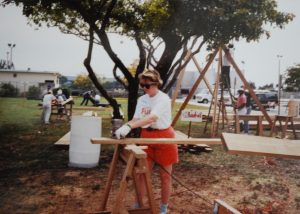 During the 1991-1992 League year, JLPB members organized and coordinated the building of a 10,000 square foot, multi-level, wooden play structure in Gaines Park. Approximately 2,300 community volunteers participated in this project. 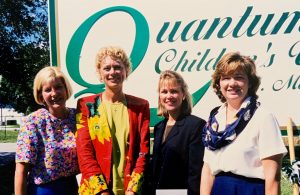 In 2001, JLPB helped establish and build Quantum House, a supportive home for families of children receiving serious medical treatment in Palm Beach County. It remains the only hospital hospitality house serving children and their families this way between Miami and Orlando, Florida. 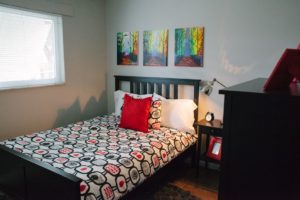 In celebration of our 75th Anniversary, JLPB spearheaded the 2015-2016 renovations of Vita Nova, a dormitory style living facility in West Palm Beach for boys and girls, ages 18-25, who have aged out of the foster care system and would be homeless without this program’s help. At Vita Nova, residents learn basic life skills training along with virtues-based critical thinking skills so they can transition into life as an adult.